How to Master the Art of Professional Networking – Orange County ExecuNet

Join us at our next ExecuNet Networking Meeting at our NEW LOCATION — Voit Real Estate Services in Irvine on Thursday, September 19th from 8-11am.

How to Master the Art of Professional Networking

One of the keys to managing your career effectively is to build and maintain a strong and varied network. Every job seeker – and even those who are currently employed – should carve time out of their busy schedules to expands their contacts. Networking is more important than a résumé, your network is your most valuable career asset!

You’ll learn how to cultivate this often-overlooked and underdeveloped resource into a positive and dynamic tool to create long-term career success. Every networking encounter will now be treated like a business meeting, complete with a purpose, agenda and specific outcomes.

By leveraging your network in the proper way, you will get the jobs you want through people and relationships! You’ll look at your friends, fellow alumni, former co-workers, teachers, family members, even your auto mechanic and dry cleaner in a whole new light after John’s enlightening presentation on: “How to Master the Art of Professional Networking!” 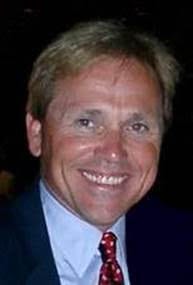 John LaBonty has extensive senior executive experience in a number of industries and companies and is recognized for his leadership and management skills. He began his career as a Naval Officer where he served for three years. After his military service, he was recruited by Procter & Gamble and was quickly promoted into sales management. In 1984, John was recruited by Tambrands, Inc., the manufacturer ofTampax Tampons, where he held multiple executive roles over a fourteen years including President of Tambrands Canada and Executive Vice President/General Manager of one of their three global operating units. In 1998, after the sale of that company to Procter & Gamble, he was recruited by Citigroup to transform their $2 billion Latin America consumer selling and marketing operations spanning 15,000 employees across 15 countries. In 2000, he received global recognition for outstanding leadership by the Chairman and CEO of Citigroup. After leaving Citigroup in 2002, he became an entrepreneur and founded the first merchant rewards program for Latin American credit card consumers and expanded it across Latin America. In 2006, Mr. LaBonty was recruited to lead the global expansion for SmashboxCosmetics and was part of the ownership team that successfully sold the company to Estee Lauder in late 2010. Upon departing Smashbox, he founded his own consulting business that assisted cosmetic companies in expanding their global footprint. In early 2014, he was recruited to be the CEO and President of Boldface Group, a consumer branding and licensing company featuring Kardashian Beauty. More recently, he was recruited to become the Executive Vice President and General Manager of International for the various Astral Brands’ companies.

REGISTER AT BOTTOM OF PAGE

ExecuNet networking meetings are here to help you improve your networking skills, increase your contacts, and shape your job-search efforts. At each meeting you will hear from a career management expert and network with senior level professionals. Take the next step in your job search and get connected to the decision makers in your target industries and companies!

For the 90 minutes of structured networking introductions, it is suggested you bring business cards and prepare: