What is your Career Path?

Hire Consulting Services (HCS) is for business executives and professionals who are currently in career transition, planning to make a career change or start a new business. It’s all about “Hire Education and Career Path Coaching” and it’s designed to be a collaborative compass to help you calibrate your true north. Every goal with every client is made with the singular purpose of allowing you to choose the right career path by discovering trends, tools and knowledge to secure a more fulfilling, rewarding and productive career.

The Four Types of Career Coaching 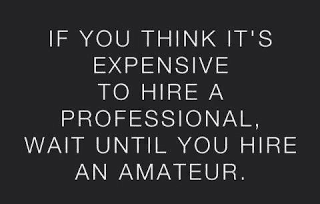 Often people find themselves between jobs and in career transition as a surprise without having a fair chance to evaluate sources of assistance as they struggle to get back into the labor force. Following are a few scenarios and tips:

Self-Directed Job Search (No Career Coaching)
Most people belong to this group. Their previous employers have not entitled them to career coaching, and they decide not to seek such assistance. Two of the primary reasons are that (1) they believe they were able to secure employment before without a coach and they believe they can do it again (2) they’re in such emotional torment that they feel themselves to be in a fog and can’t make logical decisions. They still mourn their loss. Their job search success is hindered and grossly limited but not impossible. They also may have financial hardship and cannot justify the cost of paying a career coach, which can be a “Catch 22”. The logic here is if they engage a career coach the chances of landing a new job faster increases and thus the return on investment becomes invaluable.