The Passing of a Career Management Legend: John C. Lucht 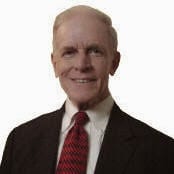 Career management legend John C. Lucht died April 13. Lucht was a virtuoso of savvy strategy and the architect of countless innovative career moves benefiting not only executives and top professionals, but the workforce at large.

Millions of his readers gained insider knowledge of the recruiting industry through Lucht’s eyes, learning how to cut the best deals by following the wisdom revealed in his frequently updated books, especially “Rites of Passage at $100,000 to $1 Million+.”

Although I never had the honor of meeting Lucht in person, we communicated several times by phone and email. John’s career management for executive job seekers was ahead of it’s time. He made everything seem stupid simple to understand. A lot of the job search principals that I coach today are based on the fundamental teachings from John.

Here is a brief selection of John Lucht’s pearls of wisdom to help you along your career path:

When a job interview is nearly complete, ask: “What do you think would be the biggest challenge for someone with my background coming into this position?”

Here’s your golden opportunity to bury any concerns on the spot or in your thank-you letter. If you can’t collect your thoughts quickly enough, at least you’ll have a clue for your next interview once you know what may be holding back employers from choosing you.

Don’t give references to anyone unless they’re ready to offer you a job you’ll accept.

The first time your references are contacted, they put on their best performance. The second time, they’re a bit more hurried and perfunctory.

As that sequence lengthens, your references become less enthusiastic and begin to wonder why, if you’re as good as they originally thought, are you still repeatedly referenced and not hired?

When you lack references from people who work in the company you’re leaving, try the “one good word deserves another” approach. After you’ve made your exit, send your former boss and some co-workers appreciative emails. Spell out how much you enjoyed knowing them, how much you learned, how you hope you’ll see them in the future and so on.

By return email, you’ll probably receive right-back-at-you good wishes. The email’s header will show the author. Print and save each email for future use. If appropriate, post the emails on your social media page.

You may wonder whether to merely send your resume by email to network pals or additionally put a few print copies in their hands.

Do both. Admittedly, some networkers wouldn’t touch paper resumes if they were watermarked in 24-carat gold. But the higher the (nontechnical) job, the more welcome are hard copies presented on quality paper.

The mechanics: 1. Call your friend to ask if you can send your resume. 2. Send three copies and a sample cover letter addressed to a mythical manager or recruiter. Enclose a personally written note of thanks in advance for distributing your resume by both email and hard copy.

Receiving a holiday card — e-card or paper — is a pathway to a phone call. The card opens your way for a brief update conversation renewing acquaintance — and to be asked to say what you want to cover.

You can segue into a very effective networking conversation. Your best approach will be to ask for a reference, not a job. Wind up your call asking, “May I send you a resume?” You can send a Microsoft Word document to friends if that’s how you communicate.

But for key people you’ll also send several paper versions beneath a friendly, hand-written note. Don’t say what to do with the multiple copies of your resume: it’s obvious.

When the jobs aren’t heading your way, you may be doing all the right things, but are you doing them correctly? Using consultants as an example, a common mistake they make is listing impressive client names without revealing results of their work.

Consultants sometimes forget to itemize achievements. Detailing outcomes shows your focus is on what you can contribute rather than on where you’ve been.

God Speed John – you will be missed….

This site uses Akismet to reduce spam. Learn how your comment data is processed.

Related Posts
10 Reasons for NOT accepting a Counter Offer.
The New Networking Paradigm
How Being a Thought Leader Helps Your Career